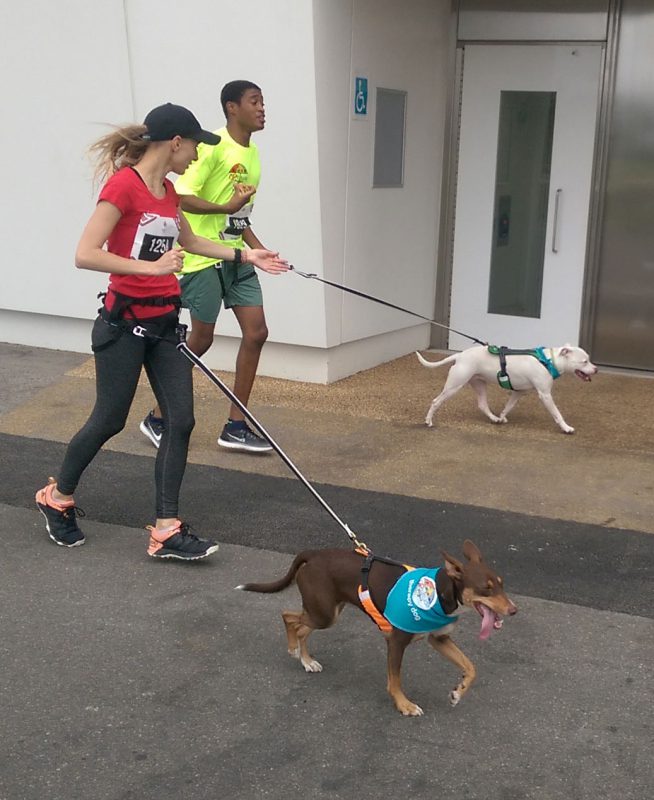 DogFit Canicross Trainer, Jenya Tyler brings together her experience of canicross, her knowledge of Assisted Animal Therapy and her Running Fitness coaching to bring outstanding results for children with autism.

We wanted to find out more about the great work than Jenya is doing, so caught up with her recently.

What is Canicross for Autism?

It’s a combination of Animal Assisted Therapy and Physical Education – Canicross for Autism is designed to promote fitness and lifestyle of individuals with Autism and their families. We also have an assistance therapy dog, Xusha, who runs with the children if they don’t have their own family dog.

How does it work?

We use ABA techniques to introduce running as a fun and reinforcing activity to benefit the whole family. We help turn the family pet into a personal trainer, motivator, and coach!

What differences have you seen with the children you have been canicrossing with?

There are so many benefits that canicrossing  brings, to name a few: 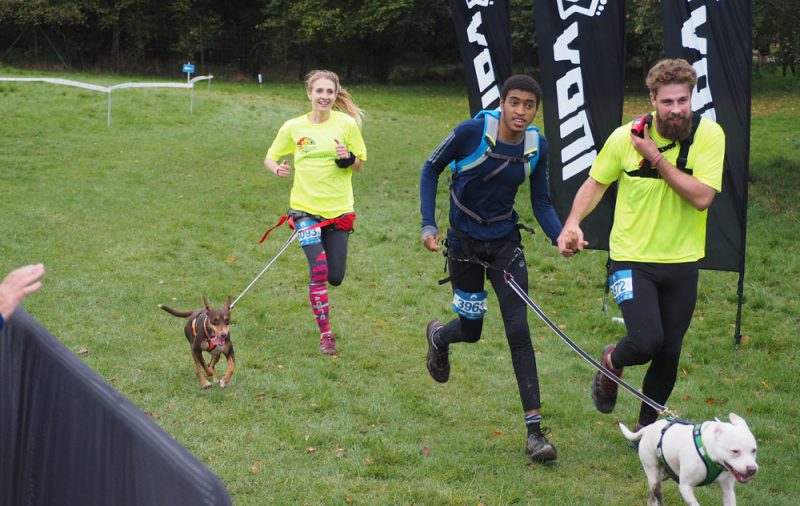 Could you tell us about a canicross journey that Xusha has been on with one of the children you are working with?

Kyami is 16 y.o and has non-verbal autism. When I met him for the first time over 3 years ago when he had to leave school due to them not being able to manage his behaviours. Kyami was not able to go out into the community much, he was nervous around busy and noisy places, scared of buses and trains. He was also scared of dogs.

Kyami’s phobia of dogs was tackled by intensive ABA sessions with Xusha and eventually, she became a reinforcer for him. Since then Kyami’s progress has sped up dramatically. He became more confident when in busy public areas if he was walking with Xusha. While handling the dog he became more aware of the road and started to learn how to cross the road. Together we went on buses and trains, Kyami was concentrating on handling Xusha and not worrying about the people and noises around him. Our first trip to a museum was with Xusha as well. Most of the new skills Kyami managed to transfer to the settings without Xusha which made him more independent and engaged.

With our weekly Animal Assisted Therapy sessions, we worked on his communication skills going to parks and art galleries. Kyami was learning play skills playing fetch with Xusha. Naturally, they started to run together and this is when I found out about canicross. I got him a basic kit and we started our journey to 5k. I later tried taking Kyami to join a local running club, but running on the track in a group wasn’t motivating enough. We returned a few times with Xusha, but it was clear he preferred the park. 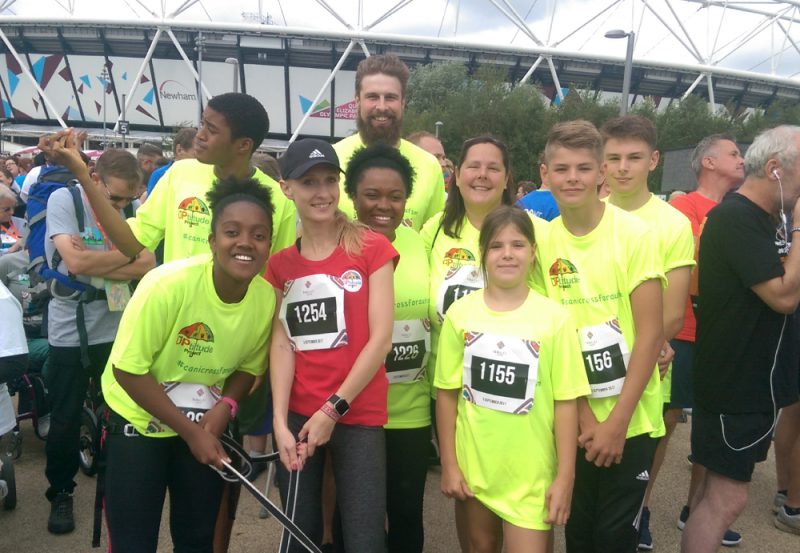 After Kyami started running I took two more boys canicrossing, so it’s safe to say he and Xusha are the inspiration behind my training to become a running instructor and DogFit Certified canicross coach.

Kyami recently participated in Parallel 5k run, his first ever competition and continue training to take part in canicrossing events and solo races. With Xusha’s help Kyami got rid of a phobia, found a hobby and an activity he could progress in and achieve fantastic results in the future. He is living life to the full and is now fitter – what not to like about canicross!

DogFit would like to thank Kyami and with his mother’s permission, are delighted to share his story and enjoyment that canicross has bought.

You can also read more about Jenya’s work on her DogFit profile page here: