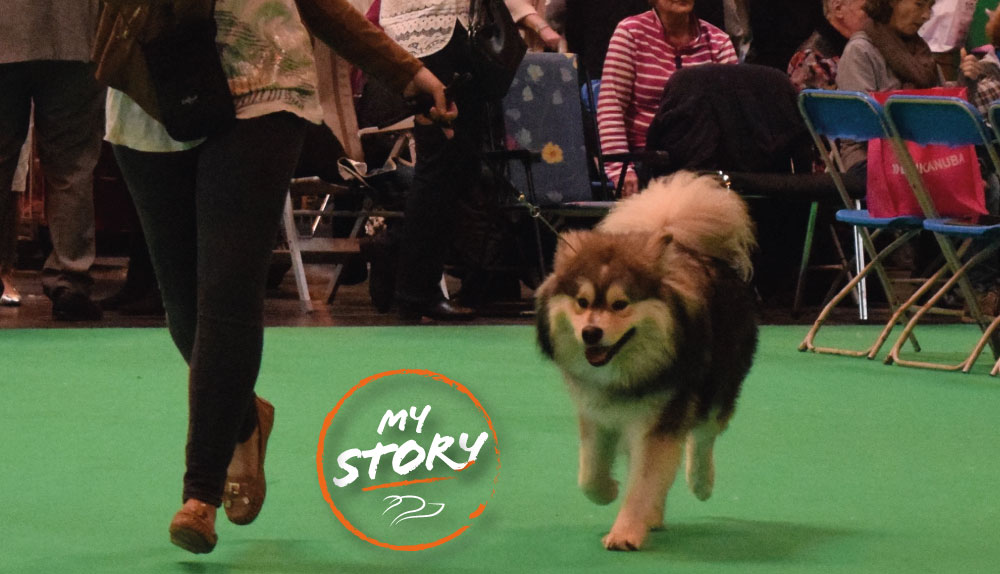 Canicrosser Lucie Allan has two beautiful Finnish Lapphund’s. When they’re not at Crufts or at another show, they can be seen canicrossing around the Surrey Hills.  Read Lucie’s My Story, and find out how she successfully enjoys both activities.

“When choosing the Woof that would share a home with my husband and I, we did a lot of research to find a dog that would fit into our quite active lives but also chill and relax at the office – the Finnish Lapphund (or Lappy) was the dog for us. We went to a couple of dog shows to meet breeders and owners and once I meet the dogs in the flesh, that was it – my mind was made up and the rest is history. Otto or Imperial Storm Shadow du pays de l’Aurore Boréale as he’s officially known, joined us in November 2013 having travelled over from France, being from fantastic pedigree, at the grand old age of 16 weeks and it was fair to say, that life would never be the same again.

Now, my husband’s from a family of dog breeders and Crufts judges but it was not a world we were at all familiar with, but as Otto grew up, off we trotted, most weekends around the country to both Open and Champ shows and he soon qualified for Crufts and we had accumulated quite a collection of rosettes. 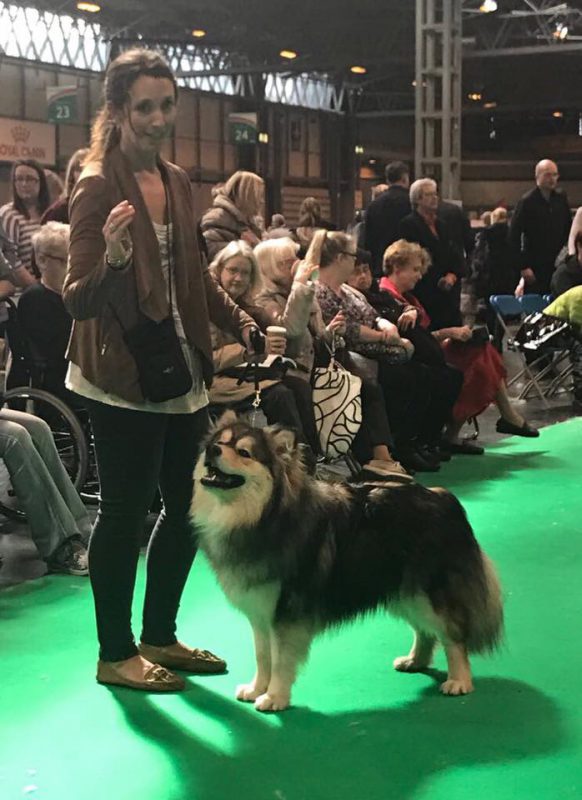 I had heard of canicross when researching dog breeds but never knew much about it, but as Otto got older, I looked it up online again and found some groups on Facebook and discovered a couple of groups not too far away.

Once Otto and I were comfortably running distances of 5km plus, I thought I’d give it a whirl – what did I have to lose except my dignity if I was out of puff and Otto wanted to hump every other dog, male and female – by this point, he was in his adolescent rebellious phase. I’d never been much of a runner growing up, it was only in my late twenties that I discovered that actually trail running was a nice way of letting off steam, seeing the countryside and getting fit all at the same time, oh and other than the occasional fall in the mud, it was easy on the ol’ knees too. 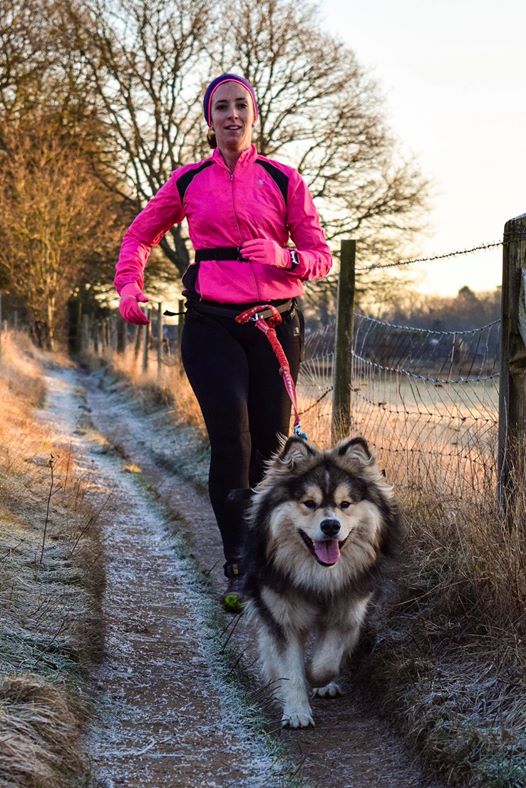 I was travelling up to an hour by car to get to a run, but after travelling around the country to dog shows, it wasn’t a big deal and it soon became addictive.

Well before too long, I thought, I needed a twin engine so knew a second Lappy would be on the cards and when Monttu was born in March last year, that was it, he had to be ours – Otto’s nephew and a Champ dog’s grandson – my perfect combo!! So off we trotted again, around the country to dog shows and soon enough, he too was to have his moment on the Crufts green carpet.

He’d been trained almost from day one the canicross commands – Go, left, right, On by and most important, STEADY .. and as he grew, it was very apparent that he was going to be quick and strong – ideal for canicross. 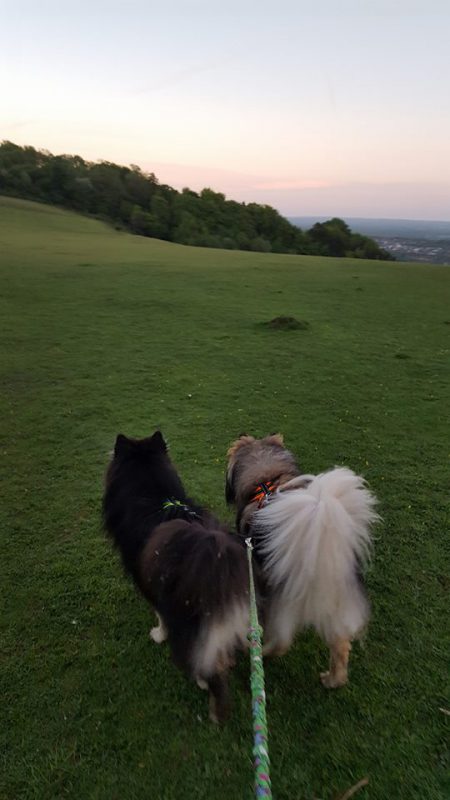 People always think that show dogs can’t get all muddy, but my two are proof that you do a 10 km run on a Saturday and be show ready, washed and brushed and ready for a show by the Sunday morning. If we can do it with, what is quite possibly one of the ‘fluffiest’ breeds around, then there’s no reason why any dog breed can’t. The harnesses don’t rub (or at least shouldn’t if they fit correctly) and the dogs know that with a canicross harness they can pull, but with their show collar, they have to trot nicely at your side.

Canicross gives you the bond of working together with your dog, getting you both fitter and they are also mentally stimulated – I can’t advocate it enough as a super sport to do with your show dog or beloved pooch.”