You may have come across Sean Laidlaw in the news and on social media. And if not Sean, very likely his gorgeous dog and side-kick Barrie. You may have even read their incredible book.

Former Royal Engineer Sean was working over in Syria as a bomb disposal expert when he met Barrie, a terrified, abandoned puppy. Her siblings were lying dead beside her and her mother nowhere to be seen.

Sean desperately wanted to help her but she was too scared to approach him. Rather than give up, Sean spent the next few days bringing her food and water and ensuring she had a safe haven.

It wasn’t long before Barrie felt confident enough to approach Sean and over the next three months they built up a very special bond. That was when he discovered Barrie was actually a girl!

Sean then had to return to the UK and that meant leaving his best friend behind which was incredibly difficult for him. But he swore to her that he would be back to get her.

While Sean was back in the UK his fellow servicemen helped to look after Barrie. Meanwhile Sean worked with the fantastic charity War Paws to find a way to bring Barrie back home to the UK.

They worked tirelessly for months to plan Barrie’s rescue and when Sean and Barrie were eventually reunited, the emotional scenes were captured worldwide across the news.

The two of them had travelled through five countries, two war zones, 3,000 miles and a 12-hour car ride to finally be together again. 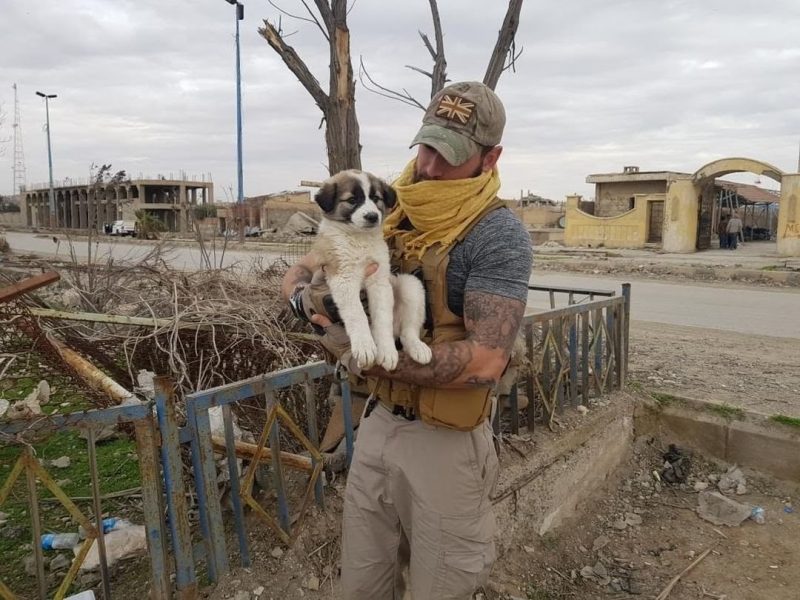 But that wasn’t the end of their special story. When Barrie came over to the UK, she was a young, energetic, full-on dog and no amount of walking was quite going to cut it. That’s when Sean discovered Canicross and not only has he found the perfect way to keep Barrie stimulated but it has increased their bond even further.

Sean credits Barrie with helping him with his PTSD and Canicross in particular has had an incredible impact on his mental health and mood. 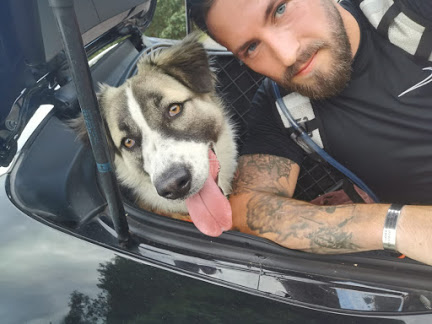 How did you first come across canicross?

I’ve always been a very active person. I also own a fitness company – so from the very first day Barrie was being included in my fitness routine.

She was still a puppy when we got her back to the UK and a volcano of energy, we needed to tire her out but with me and my partner working full-time there was not enough time in a day for hours of walks (I also hate walking by the way!).

Every Saturday we’ve been taking Barrie to an outdoor bootcamp run by my company, but exercising with a lead in a hand isn’t the most comfortable option.

We’d noticed a few of our friends who we follow on social media running with their dogs attached to them. It sounded like a great idea because Barrie had absolutely no recall and she couldn’t be let off the lead. We started researching into it properly and found DogFit on Instagram, who helped us with getting right equipment for both Barrie and us. 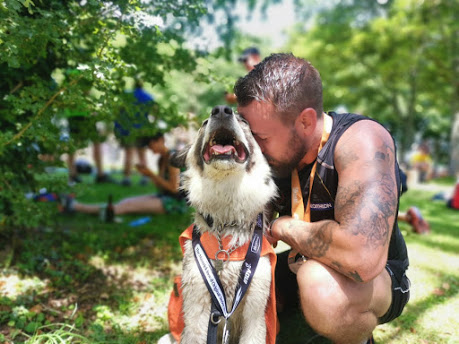 Can you remember your first canicross run? How did Barrie take to it?

I was training for a fitness competition at the time and part of my training was running. As soon as we received our kit I put it on Barrie and we went on our first 5k run in a local park.

She was surprisingly good and seemed to really enjoy it. She can be reactive towards moving objects such as cars, bikes or cats when on lead but as soon as I put a harness on her she went into “working mode” and behaved really well.

What do you particularly love about canicross?
Canicross allows me to do my two favourite things at the same time – train and spend time with my dog. It keeps us both healthy and in shape so we can enjoy our post-run treats more!

Do you take part in events or races with Barrie?

We’ve done a few local runs that allow you to bring your dogs – more and more are popping up and DogFit have a useful events listing on their site.

The biggest one Barrie and I have completed so far was the The Maverick inov-8 Original East Sussex 15km – it was an extremely hot day and I was really worried we would have to cancel but after consulting our vet we decided to give it a go and we ended up winning our category!

After the event we stayed in Sussex for a weekend and Barrie slept right through Saturday and Sunday! 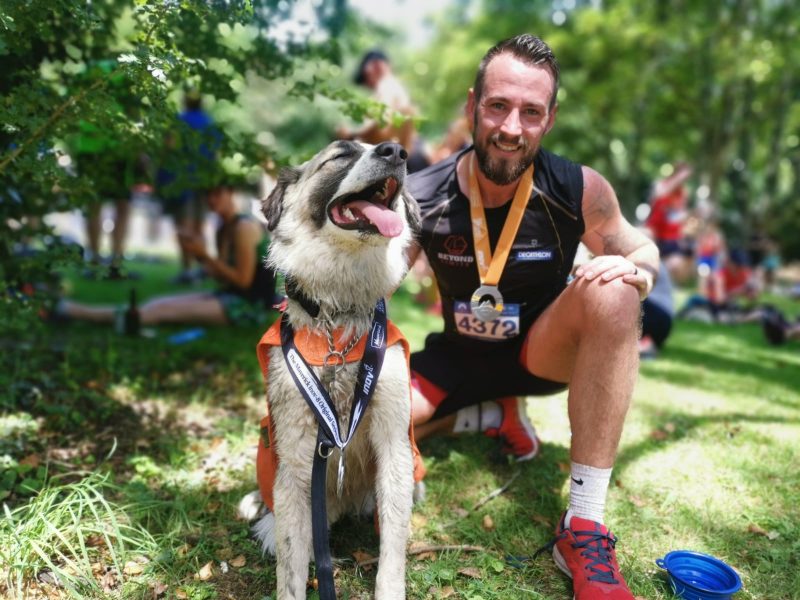 What impact has canicross had on your relationship with Barrie?

Canicross definitely brings us closer – without the distraction of mobile phones, TV and other people.

A tired dog is a happy dog, and so is a tired human!

I feel like when Barrie is attached to my belt we don’t need many words and commands, we just understand each other.

Taking part in various events also gives us a chance to promote the positive impact of owning a dog on mental health and the importance of keeping fit and healthy.
So how has canicross helped you in that regard?

Canicross makes my training more enjoyable – I even managed to drag my partner Netty outside with us a couple of times!

Doing anything for the dog, especially outdoors, has an incredible impact on my mental health and mood. When I feel like running away from the whole world I can also put a harness on Barrie, go out, run, and I know she will take me back home.

Winter time and short days can massively affect our moods and wellbeing but no one ever feels bad after a good run! Yes, it is challenging but it’s worth it 🙂 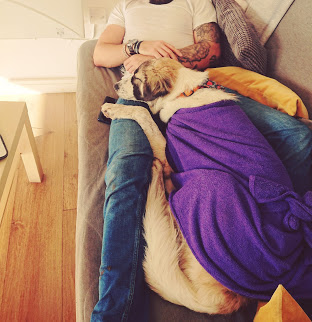 For anyone unsure about trying canicross, what would you say to them?

As these seem to be two main reasons why people are scared to start running with their dogs, I would say just give it a go and you will not regret it.

Listen to our Talk Canicross podcast episode where we interview Sean and hear his heartwarming story.

Thank you for reading Barrie’s Story. If you would like to read more about Sean and Barrie their book “Barrie: How a rescue dog and her owner saved each other” is definitely worth a read.

War Paws is a charity dedicated to alleviating the pain and suffering of animals in hostile environments and areas of civil conflict. If you would like to offer your support you can find out more here.
Tweet